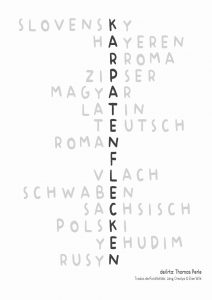 With the participation of the Eufónia Teachers’ Choir

Thomas Perle’s play tells the story of three generations of women from the shadow of the Transylvanian Carpathians, from the same homeland but from three different countries: the grandmother was born in the Kingdom of Romania, the daughter in the People’s Republic and the granddaughter in the Socialist Republic. In Zipser German, Romanian and Hungarian, they paint the German-Hungarian-Romanian historical panorama, influenced by the violent political turmoil of the past centuries, from German immigration in the 18th century, through National Socialism and the fall of Ceaușescu, to the “better” life in the West. The mountains and forests also make their voices heard. 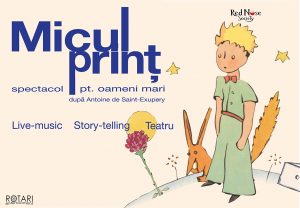 A performance for grown-ups based on Antoine de Saint-Exupéry

3 actors with 3 instruments take viewers to all the planets visited by the Little Prince in a touching story interspersed with comical characters and outlandish situations, all accompanied by live music.

The ALTER-NATIVE International Short Film Festival is organized by the Hungarian Democratic Youth Union of Mures County. Formed after the 1989 December events from Romania, H.D.Y.U. is one of the oldest youth organizations in Romania.